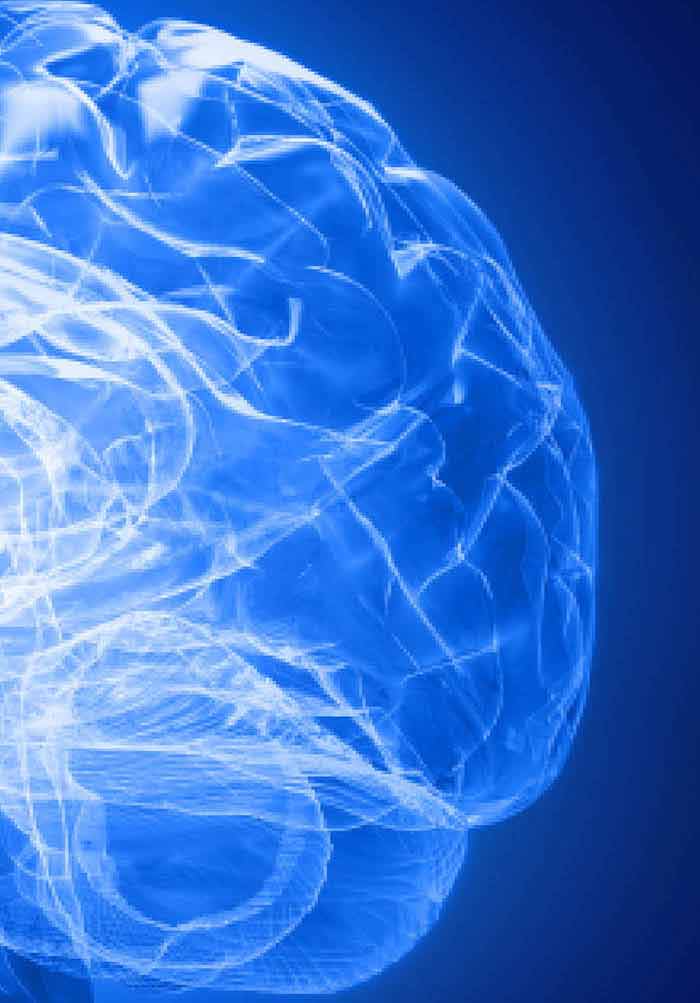 A total of patients meeting the above criteria were enrolled in the GCDD study from April 24, to June 27, AFB smear testing was performed on all isolates, and smear grading was determined in the first 2 weeks following enrollment. PCR master mixes were prepared and amplification reactions were carried out as previously reported [ 9 ].

Our PSQ assay included one reaction to identify Mtb and seven reactions to detect specific mutations in drug resistance-associated gene regions. The molecular target IS was considered confirmatory for identification of Mtb. This practice is in accordance with similar PSQ studies as, apart from the rrs , the primers utilized in sequencing reactions are highly specific for Mtb [ 9 ]. A negative H 2 O control was used for every target in each run.

Sequencing of these targets was completed at the respective clinical sites. Samples that still did not provide confirmatory sequence and samples for which contradictory hits were obtained for any given target were deemed genotypically indeterminate. Only those specimens with both sequencing results and DST results for the relevant drugs of interest were included in diagnostic performance estimate calculations.

A bivariate analysis was first conducted to generate unadjusted odds ratios for each variable. In order to further comment on the underlying reasons for PSQ failures, all indeterminate results were categorized according to type of observed error. Categories included: no read error, homopolymer error, instrument error, mixed population, new mutation, or other error. No read errors were defined as unresolved errors where few or no peaks were seen in the resulting PSQ pyrograms in all sequencing reactions for a given gene target.

Homopolymer errors were unresolved errors that occurred due to IdentiFire software mischaracterization of pyrogram peak height at one or more bases in any PSQ reaction for a given gene target. Instrument errors were unresolved errors resulting from incorrect instrument reagent dispensation or camera detection errors, where one or more peaks in the resulting pyrogram were seen as a split peak two small peaks below IdentiFire peak detection threshold.

Mixed populations occurred when all three pyrograms obtained for any gene target were identical but did not match a confirmatory sequence in the sequencing library due to the presence of two peaks in a given mutation region- representing both wildtype and mutant sequences. New or novel mutations were confirmed when three unambiguous, identical pyrograms were obtained for any gene target but did not match a sequence in the reference sequence library of known wildtype and common mutations in that region.

Finally, the other error category included all other errors, including unknown errors or a combination of error types that could not be attributed to a single source.


All PSQ indeterminates were characterized according to one of these reasons for error, and the numbers of errors falling into the different categories were summarized for each gene target. One of the remaining samples was contaminated, and the rest were Mtb culture-negative. Thus, results were available for this analysis for MOX. The PSQ assay did, however, show differences in diagnostic sensitivity for various drugs between the three sites. The sensitivities of the PSQ assay for the detection of resistance to the injectable drugs varied greatly between the three sites. Prior to the addition of eis promoter sequencing capabilities to the PyroMark platform, overall sensitivity of the PSQ assay was lowest for the overall detection of KAN resistance The addition of eis promoter mutations as predictors of KAN resistance increased the sensitivity estimate to In South Africa, test sensitivity remained unchanged upon the addition of eis promoter sequencing capabilities, as no eis promoter mutations were identified in South African specimens.

Altogether, gene target regions were pyrosequenced between the three sites. Overall, Instrument errors, mixed populations, and new mutations made up a minority of PSQ indeterminate calls for any gene target. Our investigation into the diagnostic and technical performance of PSQ in the GCDD study demonstrated the following: 1 The PSQ assay showed differences in diagnostic performance between clinical sites, especially with regards to the sensitivity of the assay in detecting KAN resistance in Moldova, 2 As an open sequencing platform, new gene targets may be added to the PSQ assay to improve diagnostic performance and accommodate our evolving knowledge of the molecular basis of TB drug resistance, and 3 The current PSQ assay protocols may be further improved by optimizing primers and PCR and sequencing parameters for each gene target included in the assay in order to decrease the number of indeterminate PSQ results.

Differences in diagnostic sensitivity were noted for various drug compounds between the three clinical sites. If any of these mutations are common in the South African population enrolled in our study, then it may be worthwhile to incorporate one or more of these gene regions into the next version of our PSQ assay. The assay did not detect mutations in five of the 22 phenotypically RIF-resistant samples evaluated in South Africa. However, it might also be worth investigating rpoB gene regions outside of those evaluated in this study, to ensure that no rare mutations are present in these samples in future studies.

However, our diagnostic sensitivity measures were in the range of those reported by Lacoma et al. Furthermore, only 14—15 phenotypically MOX- and OFX-resistant specimens were analyzed in Moldova, which may have led to a chance oversampling of specimens missing these common mutations. As with the detection of phenotypic INH and RIF resistance, although the point estimates for the sensitivity of the detection for phenotypic FQ resistance were lower in one clinical site, no significant differences could be confirmed based upon the spread of the confidence intervals surrounding those sensitivity estimates.

For the detection of injectable resistance, our PSQ assay showed lower sensitivity in Moldova than in India for all drugs. Although these discordances are likely related to the small sample size of AMK- and CAP-resistant specimens evaluated in Moldova, these observed discordances might also result from the failure of our assay to include additional gene regions associated with injectable resistance, such as the rrs T mutation or tlyA mutations [ 26 ]. There is also the possibility that rrs or mutations were present in the specimens, but were missed by our PSQ assay for some reason, which would call for a closer look into the ability of PSQ to accurately sequence this gene region.

These specimens are currently being further evaluated by whole genome sequencing to identify the molecular basis of phenotypic injectable resistance. This fact is unsurprising, as kanamycin was widely used for TB treatment in the former Soviet Union, selecting for resistance to this compound [ 28 , 29 ]. However, the improved sensitivity came at a loss to assay specificity in both sites for KAN resistance detection, due to the presence of eis promoter mutations in KAN-susceptible specimens. In order to comment upon this discrepancy, 15 KAN-susceptible Indian specimens confirmed to have eis promoter mutations were subjected to repeat phenotypic KAN DST at the critical concentration 2.

All DST reactions were run in duplicate. These results underscore the fact that mutations in this gene region should to be studied further to quantitate their association with phenotypic KAN resistance, especially as these mutations confer only low-level KAN resistance, which may or may not be picked up by phenotypic DST at just one critical concentration 2.

IS6110 the Double-Edged Passenger

Although these results suggest a reexamination of the critical concentration to establish KAN phenotypic resistance, the addition of this gene region into our assay confirms the adaptability of our molecular diagnostic platform for diverse clinical environments. The variable most highly associated with poor PSQ technical performance was culture negativity, over AFB smear negativity. This difference is unsurprising as culture is a more sensitive test for Mtb compared to AFB smear. Although culture-negative samples are generally considered to be samples in which the Mtb bacteria is not present, it is likely that our assay was indeed detecting Mtb DNA, as the primers designed for our assay are highly specific for Mtb.

This DNA may have come from dead Mtb bacteria present in the samples, which is likely seen when processing samples from patients previously treated for TB infections, and so this finding emphasizes the importance of DR-TB diagnostic results interpretation in the context of patient clinical presentation and TB treatment history. The ability of our assay to sequence a large portion of AFB smear-negative Mtb clinical specimens underscores the utility of this molecular diagnostic for a diverse range of clinical samples. This "Cited by" count includes citations to the following articles in Scholar.

Articles Cited by. Zaidi, U. Shah, A.


Prakash, M. In vitro and in silico studies of urea-induced denaturation of yeast iso cytochrome c and its deletants at pH 6. Chopra, A.

Yadav, G. Hariprasad, R. Gupta, A. Srinivasan, J. Batra and M. Puri, Balsamin, a novel ribosome-inactivating protein from the seeds of Balsam apple Momordica balsamina. Amino Acids, The C-terminus of ClpC1 of Mycobacterium tuberculosis is crucial for its oligomerization and function. Heat shock proteins in Mycobacterium tuberculosis: Involvement in survival and virulence of the pathogen.

In: Understanding tuberculosis: Deciphering the secret life of the bacilli. Pere Joan C.

Tracking a Killer: The Origin and Evolution of Tuberculosis - Anne Stone